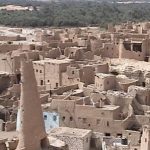 The work you did 3

The place Siwa is an amazing place, the locals are super friendly and approachable and it's surrounded by beautiful nature. There are also many interesting historic sites around. The hotel itself is a really nice building, but it's not well taken care of (The shower doesn't always work properly, it's not clean, it's hard to find things in the kitchen...). Also, if you plan to work online you should know that the wifi isn't as fast and reliable as advertised on the hotel's website and there's definitely not enough space for all the people in the house to work at the table. The job The job itself was great, I got to photograph all the tourist sights as well as some important places like the atm or restaurants. However, it says in the job decription that Duncan will show you how to edit the photos if you don't know how to do it (as in my case) but he never showed it to me and it turned out that he does not even have Lightroom (even though he kept telling me how important it is to use this specific program). The host Duncan was a host I felt extremely uncomfortable with. Before I arrived in Egypt, it always took him very long to answer my mails. A few hours (!) before I arrived in Cairo he sent me a mail saying he is not in Egypt yet - I almost went to Siwa and would have found the hotel closed. We ended up meeting in Cairo where one evening he left me waiting alone for an hour standing on the street and did not answer to any of my messages. As soon as we arrived in Siwa, he basically ignored me because he was busy with working online even though he told me he would show me how to edit photos and shoot portraits. Even when I asked him specific questions about photography he wouldn't give me a clear answer. In general, I percieved him as a rather negative person who spent a lot of his time complaining about other people, there were also quite some racist comments. Also, one day he sent me to get groceries because eating out was too expensive, and whilst I do not have any problem with cooking at home at all, he just assumed that I would prepare dinner for the both of us, which I personally found extremely inpolite. Duncan also managed to make me and some other people staying at the hotel feel quite bad about ourselves with his negative comments and he also made me feel very insecure about my photography. You should also know that he does not have actual training as a photographer, so if you go there with the primary goal to improve your photography skills, this might not be the best place. Conclusion In conclusion, I would say that you should only go to work for Duncan if your only goal is to get a reference and you really want to do a job. If you actually want to improve your photography skills, this job won't be better than just practicing by yourself because you won't get any constructive feedback from Duncan. (Which I think is pretty sad, because working traveller, Duncan's website, is supposed to help people improve their skills). Also keep in mind that you need to be really self confident because Duncan managed to make even some of the most confident ones at the hotel feel bad about themselves. So for most people, I would strongly advise against taking this job! (I felt so uncomfortable and the job felt like such a waste of time that I actually left after one week, not after four as planned in the beginning) This is just my personal honest opinion, I hope it made it easier for you to make a decision on whether to take this job or not.

We have a four bed house with one fedan of gardens 5k out of town next to the dunes.